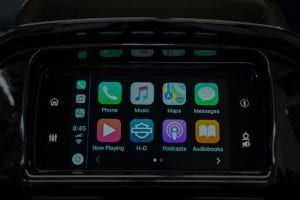 When the Boom Box GTS was first announced for 2019 and newer Harley touring models you needed the above items in place to get Apple Car Play to activate. With software updates Harley has recently put out, you can get Apple Car Play to work with a simple trick I found. You don’t need the Harley headsets or the WHIM, but you do need to take your Harley to a dealership so they can plug it into their proprietary Digital Technician II software and check a box to tell your Boom Box that you have a WHIM, even if you don’t. 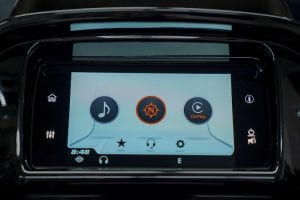