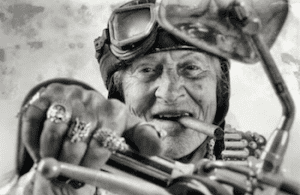 In this episode, Lurch and I discuss a  recent UCLA study, funded by Harley-Davidson,  that says motorcycling reduces stress and increases alertness.  A study from the Semel Institute for Neuroscience and Human Behavior, at the University of California, Los Angeles, seems to confirm that. Three UCLA researchers studied more than 50 motorcycle riders in tests that recorded their brain activity and hormone levels before, during and after riding a bike, driving a car and resting. Did they prove there are potential mental and physical benefits of riding your motorcycle? Well, listen in to this podcast episode and find out as we break it down for you.

Next, we talk about that fact that motorcycle lane splitting or lane 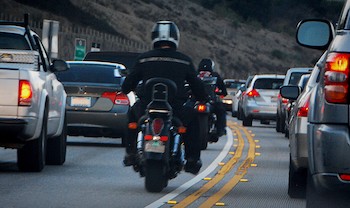 filtering may be legalized and coming to your state in 2019? California is still the only state where lane splitting is legal and many other states are watching closely. Unfortunately, lane splitting has become a rather controversial topic. Mostly by those that don't understand the many benefits of motorcycle lane splitting & don't ride motorcycles themselves.

The following states are in different stages of possibly legalizing lane splitting:

Maryland, Connecticut, Utah, Oregon, Texas, and Hawaii. If legalized, each state has its own ideas and rules on how motorcycle lane splitting can be done. Things such as whether it can only be done when traffic is stopped and at what speeds you can actually do it.

So, listen in to the podcast episode as we break down each state and where they are at in the process and what the actual details are.