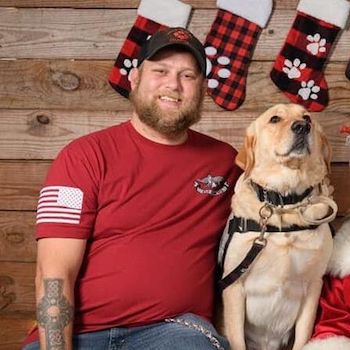 I had the pleasure of talking with Ron Moore Jr. in this episode about his upcoming motorcycle ride and his fight for those veterans and first responders that suffer from PTSD. He served 5 years of active duty in the United States Air Force and then became a paramedic and served his community for 7 years. In 2019 that all came to an end when his PTSD affected his job and home life.

Since then, he says he takes it one day at a time, and riding a motorcycle seems to keep his demons at bay. He also wants to let other veterans know that they are not alone in their fight with PTSD.

So, he decided to organize and create a charity and awareness ride for those suffering from PTSD.

Each day Ron will stop at pre-determined locations and times along his route. This can all be found on the Sea 2 Sea 4 PTSD website or Facebook page. If you'd like to ride any leg of the trip with Ron, you are more than welcome to do so he says. Just meet him at one of the pre-determined locations and times and head out to ride with him. You can break off from the ride any time you wish. You can also just meet him at a location to say a quick hi and to show your support.

Ron is partnering with One Team One Fight PTSD, which is a 501c3 non-profit and they are accepting donations on behalf of Ron to help with his motorcycle PTSD charity & awareness ride.