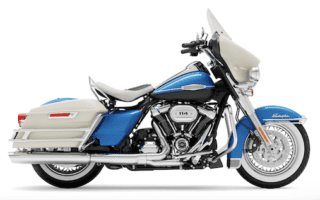 Have you seen the new Harley 2021 Electra Glide Revival? It's part of Harley's new “Icons Collection”. Harley says this collection is, “an extraordinary series of motorcycles inspired by some of our most recognizable and sought-after models. Each Icon in the collection will celebrate H-D’s signature colors, designs and parts — along with the latest technology. A limited collection, each model will be individually numbered and only produced once. A new Icon will debut annually, with no more than two bikes released in any given year.” 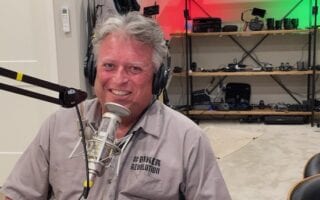 We had special guest and long time Patron Member Russell Roberts on a mic for this podcast episode. He happened to be in our area, so of course, we offered up a mic! Lurch and I had a great time catching up with Russell and we talked about some of the awesome things going on with the community in the Private Patron Member Only Facebook Group!

On their website, Harley goes on to describe the new 2021 Electra Glide Revival as, “a modern reproduction of the 1969 classic. Loaded with all of the current technology including Reflex™ Defensive Rider Systems*, Boom! Box GTS 6.5 Radio with Apple CarPlay® compatibility and powered by the Milwaukee-Eight® 114 engine, this unmistakable silhouette recreates that moment in time with tri-tone paint and period correct badging.”

We give our thoughts and opinions about the new Electra Glide Revival and the overall Icons Collection Harley has introduced. We certainly all agree that it's a specialty motorcycle and will only appeal to a small segment of the market. Maybe this collection is a way to revive the rich history of Harley-Davidson and through social media posts, it may catch the eyes of those on the fence about buying a Harley? It may just be a way to get more eyes on their motorcycles.

Last, we talk about Harley-Davidson reverting back to the cable clutch system on their 2021 touring models. From 2014 to 2020, Harley had a much better hydraulic clutch system on the touring line-up. This has really stunned many loyal Harley owners as many feel it's a backward step in technology. It feels cheap for Harley to do this and then not reduce the price of the motorcycle. After all, this is supposed to be a premium touring motorcycle? And now with a cable clutch? Really Harley?

The Harley hydraulic clutch system was a much better system and caused less hand fatigue. Plus, it was self-adjusting and always had a consistent pull and friction zone, unlike cable clutches. If you actually like some adjustment on the clutch lever itself on hydraulic systems, then there are many aftermarket adjusting levers to choose from.

You'll really need to listen to this podcast episode as we break everything down and tell you what you need to know.