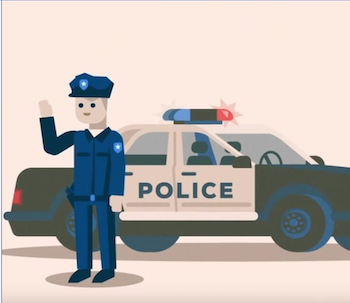 In the episode, I interview Matt Couchman “Lurch” about his law enforcement career.  Most of our audience know that the faces/voices of Law Abiding Biker (LAB) are either full-time Law Enforcement Officers (LEO) or retired LEOs.  Lurch has been working for LAB part-time for several years while working full-time as a LEO.  He retired recently and came to work for LAB full-time as the company's Chief Operations Officer (COO).  Lurch worked for the Washington State Patrol (WSP) for just over 25 years.  He was unable, in past episodes, to name the agency he worked for and what he did at the agency because of policy.

Lurch was hired by the WSP in December of 1995 as a Trooper Cadet.  He was assigned to Mansion Security providing protection to the Governor of the State of Washington.  He attended the 80th Trooper Basic Training Academy and successfully completed his Field Training in April of 1997.

As a Trooper, Lurch worked in District 2, headquartered in Bellevue, and District 3, headquartered in Yakima.  He held many specialty assignments including; Firearms and Defensive Tactics Instructor, Certified Technical Specialist (CTS), Aggressive Driver Apprehension Team (ADAT) member, and Serious Highway Crime Apprehension Team (SHCAT) member.  Lurch and I knew of each other since high school, but we really got to know each other while working on the SHCAT team together.  Our experiences during our SHCAT days led to a lifelong friendship.

Lurch was eventually promoted to Sergeant, then Lieutenant, and eventually to Captain.  We talk about him moving around the state for these promotions and the experiences that came along with them.  Bringing it back to motorcycles, we talk about Motor Officer school.  Lurch has some funny stories about his experience.

We're excited to have Lurch as our COO and the future of LAB!