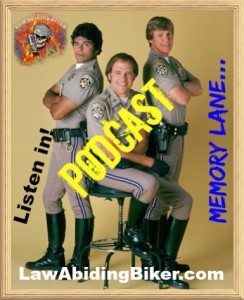 ries CHIP's! Even those that have never ridden a motorcycle have either heard of or watched the show themselves. The show has had a long lasting impact on many and we wanted to dive into and reminisce in this podcast episode. We have it packed with information and fun facts.

There were many actors that appeared in the series each season, which aired from 1977-1983. Of course we all remember the main duo, Officer Jon Baker, played by Larry Wilcox, & Officer Frank Poncherello (Ponch), played by Erik Estrada.

Ponch was the macho, rambunctious one and Jon was his straight-laced partner. The two didn't always see eye to eye on set, but have since reconciled. Each had their contract negotiation issues later in the series. Larry Wilcox actually did not return for the entire last season due to salary issues. 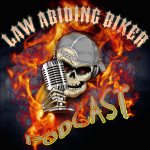 Consider supporting us by becoming a Patron to make sure this content keeps coming your way!

Thanks for the Donations and your support:

Donate Here if you appreciate the content & to show your support.

Links, videos, & items we referred to in this episode: