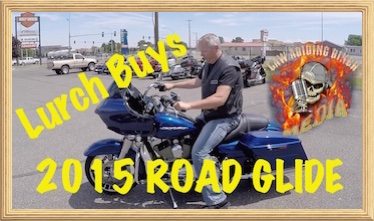 PODCAST & VIDEO-In this video Lurch and I ride to the Rattlesnake Mountain Harley-Davidson dealership at 3305 W 19th Ave, Kennewick, WA 99338. Lurch has a plan to trade in his 2008 Harley Street Glide for a 2015 Harley Road Glide Special. Although I have always personally liked the look of the batwing style fairing on the Street Glide models, Harley has re-designed the shark nose fairing on the 2015 Road Glide models and I like the new look much better. 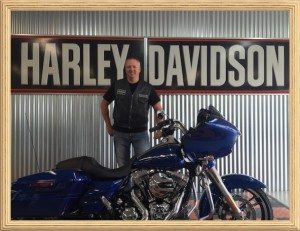 Lurch is 6 foot 6 inches tall, so because of the fixed fairing (does not turn with the handlebars) we will be able to install 13″ ape handlebars and push them forward farther. This will give Lurch a more stretched out and comfortable riding position. The bars can not be pushed as far forward on the Street Glide, because of the different fairing that turns with the bars. 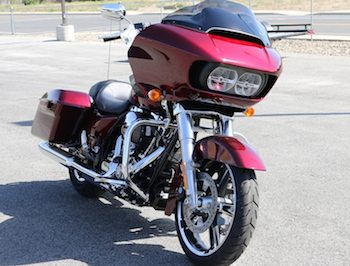