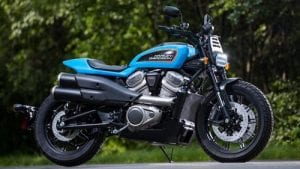 In this video, I reveal to you two new anticipated Harley models that are very interesting. Oh, and I talk about a few other new models and what’s going on at Harley. Images of these two new bikes first appeared in documents released to Harley-Davidson investors, but since then Harley has filed design patents with the European Union Intellectual Property Office. (see video below)

We know now that both the Pan America Adventure and Bronx Streetfighter, which were announced in late 2019, will have the Revolution Max engine and it seems that the same engine will be carried over to the two newest models I talk about in the video. 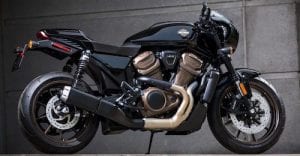 The first bike is a flat tracker that seems to be loosely modeled off the XG750R and it appears it will be equipped with the 115-hp, 70-pound-feet, 975cc Revolution Max engine, the same as on the Bronx Streetfighter. There is also the 145-hp, 90-pound-feet, 1,250cc version of the Revolution Max engine and the two engines are externally identical. So, it would be easy for Harley to use the larger engine instead. Maybe it will come in two displacement options?

The second bike is a cafe´ racer and like the flat tracker it also appears it may have the smaller 975cc engine version, but it would be easy to use that larger 1,250cc engine instead, but we'll have to see. This cafe´ racer model is likely to appear later this year as a 2021 model. The chassis is again similar to the Bronx and the flat tracker and has the same front suspension and brakes. Although the bike is definitely a cafe´ racer it sill has a very Harley flare to it.