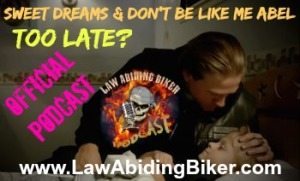 Gemma is at the cabin caring for the dead pastor's wife, who is trying to detox from heroin. Jax seem to really care for her and her son. He does not want them to be hurt by Marks and is protecting them. Of course, Gemma in her foolish ways thought she was being taken to the cabin to be killed for murdering Tara as she prepared her Glock for possible battle.

Juice shot at the California Highway Patrol Motorcycle Officers and they chased him down. He is in Jail and this is all part of an attempt on his part to get back into the club. He is to get put in Administrative Segregation (Ad Seg) with Henry Lynn and kill him. Juice stirs up a false deal with Sheriff Jarry to put him in AD Seg in return for information leading to the conclusion of Tara Knowles murder case. Unser is present during this discussion and clearly knows there is still a missing piece to Tara's murder, but Sheriff Jarry talks with DA Patterson and Juice is put in Ad Seg.

SAMCRO tracks down and learns that Gib Oleary, whom they killed many episodes back after taking down the Chinese gun and heroin deal, is the son of of Jury White, the president of the Indian Hill's Chapter. It seems clear that Jury was the only one who knew where the Chinese guns were stored and had motive to rat out SAMCRO to the Chinese. Jax meets up with Jury and spills what he knows and this ends up with Jax shooting and killing Jury in front of the Indian Hills Vice President. That is not going to sit well within the Sons of Anarchy Motorcycle Club as Chibs later explains to Jax.

Abel is displaying some bad behavior and violence after he strikes another child over the head with his lunch box at school. He is also seen at the doorway listening to Gemma tell young Thomas that she didn't mean to Kill Tara and that is was an “accident”. Gemma later confronts Abel about the school incident and asks him if he knows what an “accident” is and he replies, “Do you”? It appears that Abel is becoming like his father Jax and a product of his environment. This is exactly how Jax grew up under his father John Teller's reign and is why he turned out the way he is.

The start of season 7 shows Jax in control of things and doing exactly what he wants when he wants. The season has taken a turn now with Marks in apparent control of things. Jax has had some second thoughts about things and even seems a bit indecisive. He has confided in Chibs, who tells him to stay the course, but later questions him about killing Jury.

For now Nero seems to be taking a back seat and is trying to sell his half of Diosa for 300K to the Mayans and meets with President Marcus Alvarez, who seems interested. He needs 150K up front. His plans are to move Gemma, Wendy, and the boys to a farm with him away from Charming, but Gemma is not all in yet. If this deal happens Alvarez will be in 50/50 with the Jax on Diosa business.

This is just a peak into what we talk about in depth on this episode of the Law Abiding Biker Podcast and you really need to listen in to be in the know. We have many predictions and insight into what is really going on and things you will need to know before going into episode 9 of Season 7!

Ride Safe! Keep the rubber side down and the shiny side up.