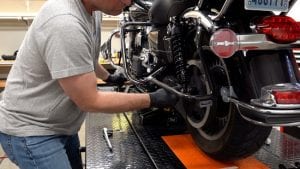 We have installed the Progressive 444 rear suspension for Harley on quite a few bikes over the years and we love them. Because we've used these shocks for quite some time, we recommend them and carry them in the Law Abiding Biker Store. In this video, we show you how to install the 444 rear shocks on a Harley and how to adjust them so you have the proper sag. This model shock, like other Progressive shocks, are offered in different weight ratings. 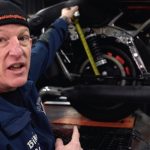 Justin, here at Law Abiding Biker Media, was not happy with the overall ride of his 2012 Harley-Davidson Ultra Limited, which came with the outdated air-shock system Harley used for so many years on many of its touring models. The stock Harley air shock system leaks over time, which becomes a big frustration for many riders. And it can be dangerous to ride your motorcycle when the shocks lack the proper air pressure. 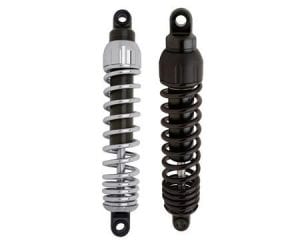 The Progressive 944's Ultra-Touring model is another option and it lowers certain models like Harley Ultras by an inch without losing great rear shock performance. They don't lower models such as the Harley Street or Road Glide Specials as they already sit an inch lower than Ultras.

There are also several different models of the Progressive 944's and it will depend on how much riding weight you'll actually have, so make sure you select the correct model for your needs. Whenever selecting a Progressive shock, you'll want to take into consideration how much luggage you'll load on and whether you're going to ride with a passenger often.

After we installed Progressive 944 rear suspension on Justin's bike, he went for a ride and that's when the true test began. Changing your rear suspension on your Harley to the Progressive 444's is an unbelievable change in the overall ride. He is really enjoying how these shocks handle and give his Harley a new feel! 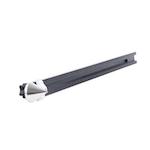 Yes, it is a fact that many 2014 and newer Harley-Davidson touring models had the right side rear shock installed upside down at the factory-maybe?. Is this purposeful or an accident?  You many not even know that yours is installed upside down, as doesn't really change the ride of the bike and causes no reported safety concerns. This possible issue can be found on some 2014, 2015, and 2016 Harley Touring models.

The problem arises when trying to install 4 point docking hardware to add a luggage rack or passenger backrest. Because the right rear shock is upside down, it does not allow enough clearances to install the hardware.

For this reason, Harley Davidson put out a service bulletin (Service Bulletin M-1386A) to all dealerships to correct the problem and install the right rear shock in the same manner as the left side rear shock. This corrects any clearance issues when installing hardware. 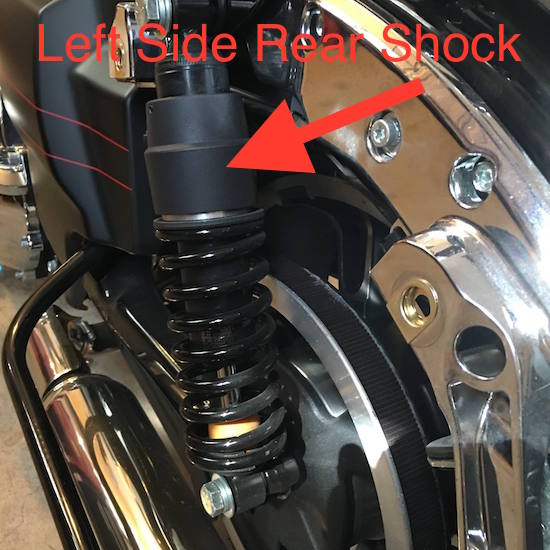 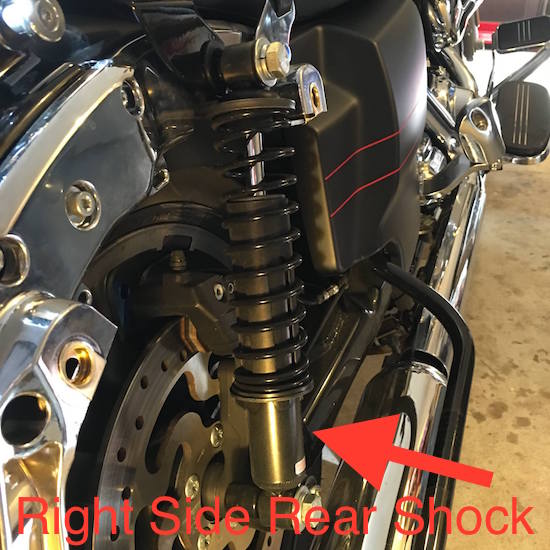 Again, we have no information that with the left side and right rear shocks installed in a different direction, that there are any safety or functionality concerns.

Further information is that Showa, the company that makes the rear shocks, reports that they can be installed either way.

So, don't sweat it and you can certainly turn it around if those are your particular needs. If not, then leave it be and ride on!

Special thanks to Law Abiding Biker Patron Member Ben Spadaro for bringing this issue up in the awesome forums within the private Law Abiding Biker Facebook Group. And for all the input from other private Patron only members.  Yup, bikers helping bikers.

If you appreciate the content we put out and want to make sure it keeps on coming your way then become a Patron too! Get into the private Facebook Group!  There are benefits and there is no risk.