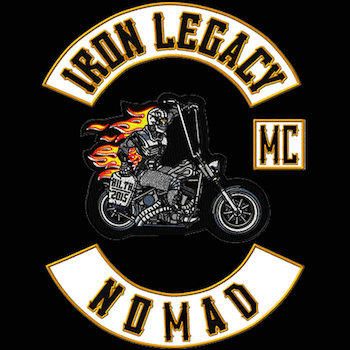 Past Interview with Lubesky when he was with the Iron Order MC:

We dive deep into everything you need to know about this club. The Iron Legacy claims to be a law abiding club and I can find no credible evidence to the contrary. The Iron Legacy MC is not a Law Enforcement Motorcycle Club (LEMC) nor do they claim such. They do have law enforcement members along with many other members from different walks of like.

I ask Lubesky the tough questions in this interview as there is controversy that surrounds him and the Iron Legacy MC, which was also the case when he was with the Iron Order MC.  You will definitely want to listen in on both podcast episodes dedicated to this interview. You won't hear an interview like this on any other motorcycle/biker podcast out there.

The Iron Order is a very large international motorcycle club. Like all law-abiding biker clubs should do, they refuse to follow the “Confederation of Clubs” (COC) rules. The COC has no authority over free members of the motorcycling community. 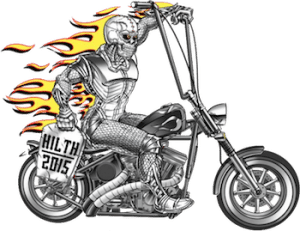 About the Iron Legacy MC:

On July 4, 2004 several men gathered in a garage in Indiana to found a unique law abiding club that was beholden to none. That club grew to become a huge family of brothers that paved the way for others to follow. In 2015 many of these brothers decided to start a new club to continue the Legacy of those founding principles and beliefs established in 2004. Our oaths to those founding principles and that club are intact, honored and followed to the letter as we carry that torch with us to this honorable endeavor of perseverance and continuance before those very ideals are lost to change forever. This is our opportunity to reignite the old school, traditional heritage of MC’s from the 50’s and early 60’s, following those traditions and close brotherhood all clubs seek. Our history is built on those premises established 14 years ago and we're starting our 15th year as Iron Legacy MC. Not a new beginning, but a return to the origins we swore our allegiance to that brought us together years ago with new horizons.