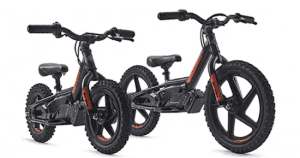 Harley-Davidson, Inc. announced that it has acquired StaCyc, Inc.,  They produce 12 and 16 EDRIVE, electric-powered bicycles specifically designed for kids. As a subsidiary, a Harley-Davidson branded version of StaCyc’s 12-inch and 16-inch models will be sold through select Harley-Davidson dealers. These Harley branded electric bikes will be available in the U.S. in the third quarter of 2019.

It also appears Harley-Davidson is working on smaller electric scooters. They provided some prototypes to X-games athletes to ride around and they promoted them on Instagram. Many are wondering if they'll have an actual electric scooter model to put on the floor and sell to customers any time soon.

Why is Harley-Davidson focusing on all these electric bicycles and scooters? My opinion is that Harley is realizing that many older 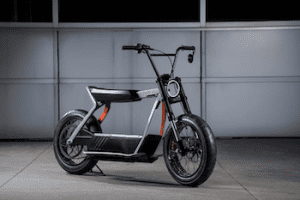 generation riders are fading and they really need to grab the attention of the younger generation who have many choices. They want to get the Harley brand introduced to young riders of bicycles and scooters, thus when they get older they'll consider a Harley-Davidson motorcycle. They want to continue to create brand loyal riders as they have for many years.  Additionally, they just released their first electric motorcycle, the LiveWire, in late 2018 and they're likely learning much about electric vehicles with the bicycles and scooters, so they can be a leader in that market in the future.

Don't worry, I don't believe Harley is trying to get out of the game of traditional motorcycles that has driven the company for so many years. They are just realizing that change and innovation is the only way to survive and compete in the future.

Listen in to this podcast episode as we get into detail about what's going on.