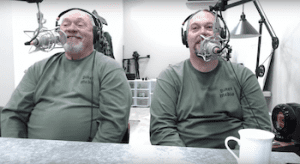 This episode is just a plain “biker talk” as we dive in and get to know Rick Sr. better and hear some cool old biker stories.  Rick Sr. is the father of Rick “Big Daddy” Kane, who oversees the Law Abiding Biker Store. There's nothing better than talking to wise old bikers who have been around to really see the industry change.

Rick has been riding motorcycles for a very long time and he reminisces of the many different makes and models he's owned.  He been in a couple of motorcycle accidents during his years of riding, one being fairly serious. Because of that incident, Rick has had some physical limitations as he ages and riding a two-wheel motorcycle has become difficult.