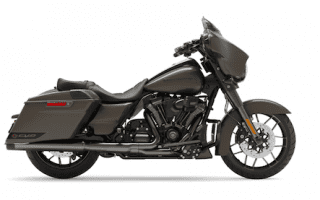 In this podcast episode, I explain what you need to know about the new 2021 Harley-Davidson model line-up. These were all revealed at Harley's first-ever global virtual launch event held online on January 19, 2021. I put a video out on our YouTube Channel shortly after the event.

And it seems at this time that you can no longer put current model aftermarket electronic fuel injection (EFI) tuners on your Harley.  They seemed to have changed the data port, so the current tuners won't plug into the engine control module (ECM). I have no doubt though, that aftermarket EFI tuner companies are already working on a solution for this, so it will just be a matter of time. Until then, you can only use a Harley Screamin' Eagle (SE) EFI tuner but they are terrible and don't do much as far as tuning.  Harley can use and sell the SE tuner because it is restricted and therefore EPA compliant.  This is also likely the reason Harley had to make this overall data port change, to try and block aftermarket tuners that are not restricted.

It's also worth noting that on February 22, 2021, Harley released their first adventure touring motorcycle, the Pan America. For more info, see my video and article below.

If you appreciate the content we put out and want to make sure it keeps on coming your way then become a Patron too! There are benefits and there is no risk