If you want to stay up to date on all  Harley Davidson Boom!™ Box updates and issues; subscribe to the free Law Abiding Biker Email list below:

VIDEO & BLOG-A huge amount of Law Abiding Bikers/Motorcyclists and Harley Davidson owners, and the general public for that matter, wisely use a MAC instead of a PC. MAC is all many people now have in their homes and businesses for good reasons.

I wrote a blog back on October 16, 2013 and at that time there was absolutely no MAC support for the Harley Davidson Boom!™ Box Infotainment System. I had to use my brother's clunky PC to 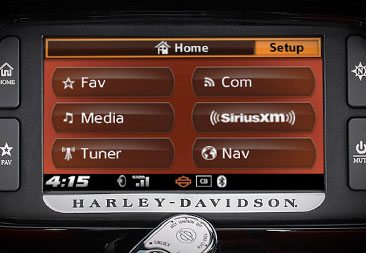 download the software updates for my Boom Box system, which are becoming routine now.
Well, I am happy to say that Harley Davidson finally got on board and now supports the MAC platform for the routine software updates. Of course they do not state this on the Boom Box portion of their website and have announced it to nobody. Why, I am not sure, but I tested it recently and it worked great for the Boom Box 1.18.1 software update. To learn how to update the system software see the video links at the bottom of this post.