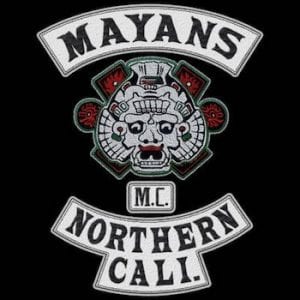 In this podcast episode, we break the series down for you and what's it's all about.  The big question will be whether, as a biker, you should invest the time to watch the Mayans M.C. series?  We do a roundtable and each of us gives you our personal opinions to help answer that question.

I will tell you that after being a watcher of the Sons Of Anarchy series, I wasn't that invested after watching the first 3 episodes of the Mayans M.C. But, by the 4th episode, things started to flow for me and I am now a definite watcher and look forward to seeing if they'll release season two in 2019! I think it's common to take several episodes for any new TV series for an audience to buy in and become routine watchers.

Mayans M.C. is the next chapter in Kurt Sutter’s award-winning Sons of Anarchy saga. 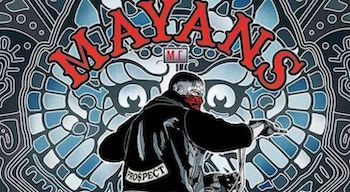 Set in a post-Jax Teller world, Ezekiel “EZ” Reyes (JD Pardo) is fresh out of prison and a prospect in the Mayans M.C. charter on the Cali/Mexi border. Now, EZ must carve out his new identity in a town where he was once the golden boy with the American Dream in his grasp.

Mayans M.C.was co-created by Kurt Sutter and Elgin James. Norberto Barba directs the first two episodes. The series is executive produced by Sutter and Barba, with James as Co-Executive Producer. The 10-episode first season is produced by Fox 21 Television Studios and FX Productions.