Harley Davidson and Harman Kardon just released Boom!™ Box software update version 1.21.0.4 on March 27, 2017. This comes after software update versions 1.20.3 that was released in January 2017.  We have received many inquiries from bikers asking if they should update to this latest version. It is always a good idea to wait and see if an update fixes more than it breaks and let me have some time to test things. 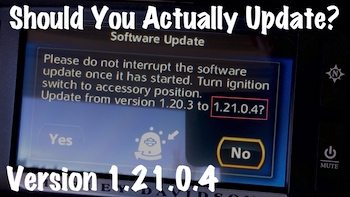 Note: This particular update if for the Boom Box 4.3 Standard, 6.5T Premium, and the CVO 6.5GT systems. I give the go ahead to update to this new Boom Box software update version, 1.21.0.4.

•  Intermittent loss of audio and voice recognition after prompt

•  Siri not launching consistently if voice recognition is activated

•  POI searches “near destination” was searching near current Position

•  Unintentional exit from user off mode due to media playing