Podcast-In this episode we discuss the Discover 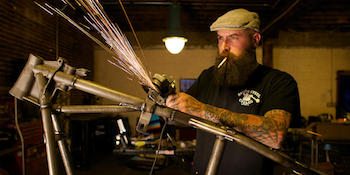 y series called Sacred Steel Bikes. The show released in late 2016 for a 6 episode run. At the time of this article, Discovery Channel has yet to renew Sacred Steel Bikes for a second season. Nobody is sure if the show will even be renewed.
Sacred Steel Bikes is based out of East LA and is about a group of guys that are part of a motorcycle club called Douche Larouche.  It seems the members have full-time jobs and after work and on weekends they get together to build bikes in a shared shop space. Jason Wilson is the organizer of these custom bike build jobs and is a union sheet metal worker by day. He is trying to take Sacred Steel Bikes to the next level as a business, but can't seem to drum up any buyers.

The bikes Sacred Steel build are old school custom choppers. They are really cool to look at and much respect goes out to these guys for their talents. However, in a saturated market of custom bike builders, it's going to be hard to find buyers for these niche bikes and Jason is learning that. 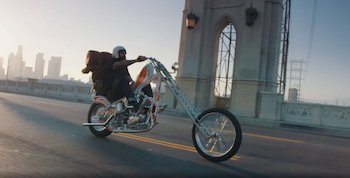 The bikes they build are  custom “bar hoppers” at best and not built with any comfort, rideability, or reliability considerations. They'd be fun to ride local and to look at while drinking a beer with buddies. They're definitely not for any sort of distance riding. It seems Jason knows this issue and by the October 17th season finale episode, he's attempting to build a custom bike that's more rideable to appeal to a larger biker consumer base.

In early episodes, Jason is purposely poking fun at older Discovery Channel bike build shows such as American Choppers and their endless episodes of always having to make a deadline.  Funny thing is, after several episodes Jason himself is running bike build deadlines and the show tends to focus on that. So, it mimics several other past Discovery Channel motorcycle build shows now. It seems that to sell commercial spots there has to be exciting down to the minute deadlines.

The show is fun to watch, so I say give it a try.  There are many things that will make you laugh and many 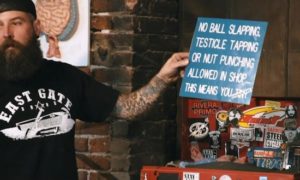 Make sure and listen in as we talk further about the show and a few other topics. 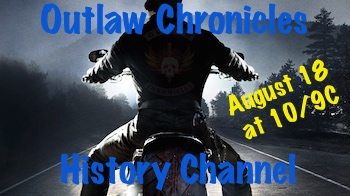 George Christie Jr. was born in 1947 in Ventura, California to a family of Greek immigrants and grew up an only child. From an early age, he was fascinated by motorcycles and outlaw culture, and by the time he started school his intelligence and rebellious attitude set him apart from his peers. As a teenager, he became an avid surfer.When one of his surfing buddies showed up at the beach one day on a Harley-Davidson, George knew what he had to do. In 1966, despite the objections of his father, he END_OF_DOCUMENT_TOKEN_TO_BE_REPLACED 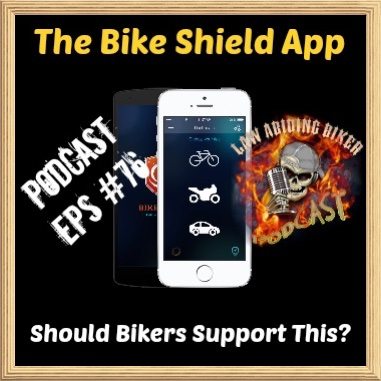 PODCAST-So we caught wind of a company working on a smartphone app to help protect bikers/motorcyclists from common collisions & to make other motorists aware of motorcycles around them. The app is called The Bike Shield App and it is available for free on both IOS and Android devices.  We break it down for you in this podcast episode and what our initial thoughts are. Is the app beneficial for bikers? Do we see the app taking off? What can be done to help push the app along and into the hands of more bikers and motorists? These are just a few of the questions we answer, so listen in now.

The Bike Shield App has an official website with information at www.thebikeshieldapp.com and there are also several YouTube videos describing the app. TDG Company CEO Pere Margalef dreamt up the app, but it fell short of it's Indiegogo crowd funding goal of $25,000 and ended on March 30, 2015 raising only $9,179. It appears the company is still moving forward with development.

The way the app works is that a driver of a car and a rider on a motorcycle both have to have the app installed and running. The driver of a car is then alerted when END_OF_DOCUMENT_TOKEN_TO_BE_REPLACED